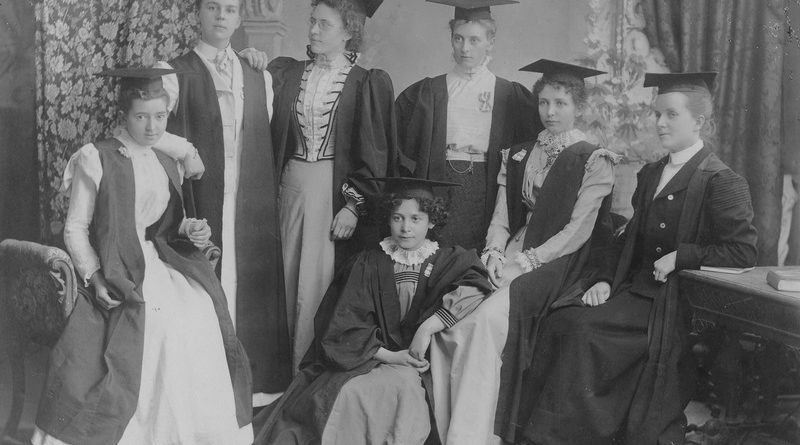 The first four women who registered as students in 1886 were from the Good Hope Seminary. They signed up for Professor of Chemistry Paul Daniel (PD) Hahn’s chemistry class at the SAC after he had convinced Council to admit them on a trial basis.
They performed so well that on 29 August 1887 a special SAC meeting was held “to consider an application from the professors to admit lady students…” to the general courses in all departments. With Councilʼs approval of this motion, the SAC moved to admit women permanently, also honouring Queen Victoria’s Diamond Jubilee in 1887. Thus, the SAC became a co-educational institution for higher education.