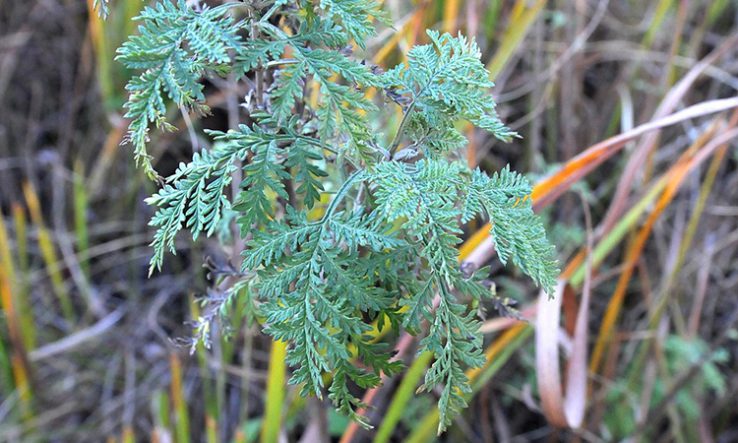 The sensational claim on 20 April by Madagascar’s president, Andry Rajoelina, that a tonic made from sweet wormwood could cure and prevent COVID-19 caused quite a stir, but it also put South Africa’s own wormwood species under the spotlight.
Artemisia afra is one of our most widely used indigenous medicinal plants, known as African wormwood, umhlonyane, lengana, zengana and wilde-als.